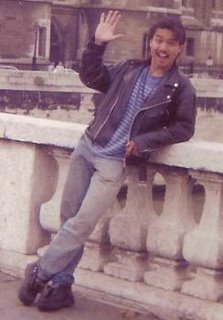 CAMARADERIE is at the heart of equestrian sports in France, where horse-riding is a way of life enjoyed by all walks of life. This scribe recently followed Bukit Kiara equestrian resort executive director Datuk Kamaruddin Abdul Ghani to France and found a wholesome family activity that captivates the heart.
The stage was the FEI (world equestrian body) 2x100m equestrian endurance races at Montcuq, a small castle town at a hilly area some 200km north-east of the Spanish border.
The participants, a mixture of blue blood horse-loving aristocrats, city slickers with penchant for the countryside, horse-breeders and even lowly farmers mingle with ease despite their different nationalities and upbringing.
What was more astounding was the support they get from their kith and kin, nevermind that winter was close and temperature ranged from two degrees Celsius to a maximum of only 13 when the sun was up unhindered by the clouds. Many brought their spouses, kids and friends and toddlers were seen everywhere, playing with the family dogs that excitedly roamed the local fire department headquarters' ground, the makeshift centre for the event.
Nearly 130 horse-riders came from as far as Australia and Brazil and the camaraderie of old opponents and friends making acquaintance with new ones was infectious as they settled their horses for the first of two-day races."
See, how friendly they are," said Kamaruddin as he waved to a few faces he'd met in other races. "If only our equestrian scene is like this."
Having been on the FEI endurance circuit since 1998, the 55-year-old has become close buddies with the likes of veterinarian-turned-horse breeder Jack Begaud, who was last year's best European rider, and the Just family, who owns a 72-hectare farm with 75 horses near the Spanish border. Kamaruddin has used horses from Begaud's stable but this time, he decided to try Hose and wife Marie-Noelle's six-year-old Gusty De L'Aigual.
The fun really began when the race started. All riders were flagged off simultaneously - each free to start from the front or behind according to their whims and tactics - at 8am from thetown's main street before they head off to the twisting farm trail leading to the next stop at Caltenau Montratier.
The town itself is just about 20km east of Montcuq but the trail which at certain points cut through the narrow country roads covered a distance of 35km. The points were where friends and family can help. They became the crewers - the support people who supplies food and drinks for both horse and rider.Some even came in as many as four cars for a rider with the richer ones bringing their own cobblers and equipment in mini-vans, making a cavalcade of more than 200 cars to inch up and down the winding roads. Traffic only eased up when the fast riders got separated from the slowones whose crewers had to wait a while longer before springing into action.
When the time came, kids from as young as 10 helped to pass bottles of water which the riders used to wash the horses from the neck up, a surprising new discovery for this scribe considering the chilly condition out there."
The horses are made for temperate climate and easily heats up after a run," explained Kamaruddin as he rested at the veterinarian checkpoint at Caltenau Montratier. "
We use the water to cool it down."Hose and Marie-Noelle fed Gusty with hay, carrot and apples while daughter Celine and her friend Latitiea massaged the beast with lavender oil.Upon arrival there, each rider was given 30 minutes to calm the horse's heartbeat to below 64 beats per minute and do whatever necessary to ensure it can walk properly without limping or risk being disqualified. Free hands like mine (when Kamaruddin didn't request for assistance)walked about to see how the others were doing.
The usual question: "Is your horse OK?", in French or otherwise, was answered by the universal `OK' with a thumbs-up or the other way around, meaning you are on the way out, binded even the most quite of strangers.The town square which became the checkpoint was abuzz with activity as every townsfolk and visitors converged to partake in the festive atmosphere.
An hour later, Kamaruddin was ready to be flagged-off for the second stage, another 35km endurance ride to La Bastide Marnhac. Some riders had left earlier while others were still going through the veterinarian check."
Whoever completes the check early gets to continue sooner," he said.The official looked at his clock and began the countdown. Five, four, three, two, one and off he goes. Hose, his family, Latitie and myself who, by then have became Kamaruddin's fifth crewer, lunged to get our gear before we ran off for our two cars to catch our rider at the next point.
By the time the race was done on the next day, we had virtually recognised every face on the field, never mind that some like me came with a limited French vocabulary of "Bon jour (good day)" and "Sava (ok?)".
There is no doubt that camaraderie abounded there and newfound friends made the memory even sweeter, making me wish that we could have such an endurance race in Malaysia really soon.
Posted by Steph at 3:07 PM