It was a fine ride, I met some fine people, I was provided with a fine horse, and I had a fine time."

And judging from that statement, which I stand by, I must confess that there really aren't many differences between east coast and west coast endurance; except at endurance rides closer to home (i.e on the west coast) I usually bring my own horse so the "I was provided with a fine horse" doesn't apply. However i do think that pretty much every endurance ride I have ever been to can be summed up as;

"It was a fine ride, I met some fine people, I rode a fine horse, and I had a fine time."

I am not being facetious here; I really do think (especially after having gone to Australia the next month and could sum that experience up the same way) that endurance everywhere is more the same than it is different.

But somehow I am not sure that that is going to satisfy Tom so.....

Now I will "write something about the west coast perspective."

Shortly after the break up of the Soviet Union (1994) I was sent to Moscow to help set up the computer systems for the naiscent Russian stock market, during which time I had the chance to live and work in Moscow and visit some of the outlying regions (like Siberia). It was an assignment that entailed spending five weeks in Russia and then returning home for one week to go back and do the same five weeks on/one week off again. I distinctly remember after my first five weeks in Russia, returning home to Southern California and going to the local supermarket, walking in the door and seeing "all that food" and being amazed. In 1994 there was NOTHING like that anywhere in Moscow or, probably, anywhere in the former Soviet Union. But what amazed me the most was not so much that there was "all that food' but also that there were all those people in the supermarket who considered it TOTALLY unremarkable.

Bear with me here, this is relevant.

If somebody were to ask me what is the major difference between west coast and east coast endurance, what truly amazed me was the absolutely profligate use of water (the amount of water that ends up on the ground after having been dumped on the horse is staggering to me); however, what was even more amazing to me was not so much the profligate (from a west coast perspective) use of water, but that there were all those people who considered it TOTALLY unremarkable.

Please note that I am not saying that I think it wrong for riders on the east coast to use water in the way that they do--when in Rome...., just that, well....at the rides that I go to, even those where Ride Management provides a lot of water and it is accessible, on the west coast, we just don't use water that way.

So, for west coast riders who go east, be prepared to see water used in a way that you have never seen before; and for east coast riders who come west, be prepared not to use water the way that you are used to. The rule at the Death Valley ride (and a lot of other desert rides) is "you may NOT use the water that we have trucked out into the middle of the desert to pour on your horse; water is for the horses to drink, period." And don't expect to find any water on the ground.

Other than that, expect to have a fine ride, meet some fine people, ride a fine horse, and have a fine time.

And if you go far enough east or west (depending on which way around you go) to Australia...you will probably get to see a kangaroo, but HOPE that it isn't too up close (like on the front bumper of your car). 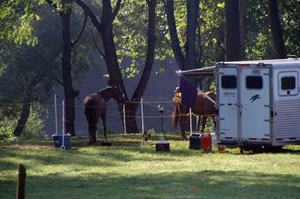 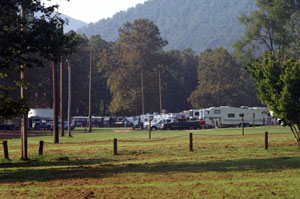 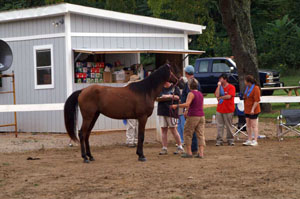 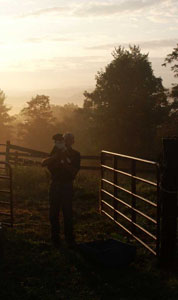 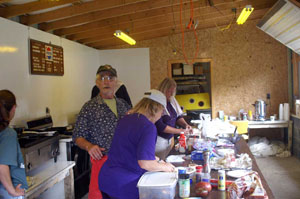 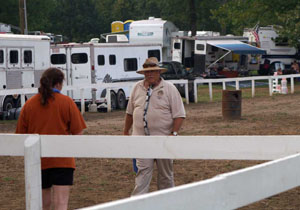 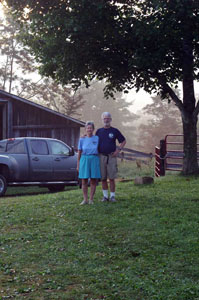 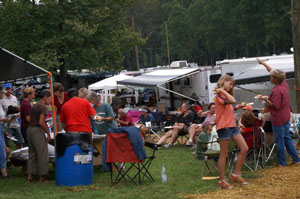 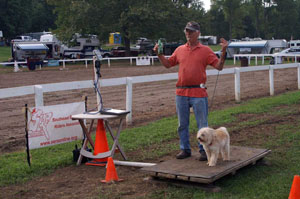 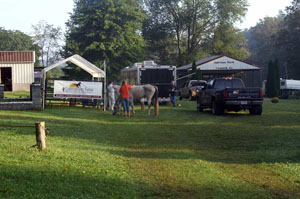 Posted by Endurance.Net at 2:46 PM