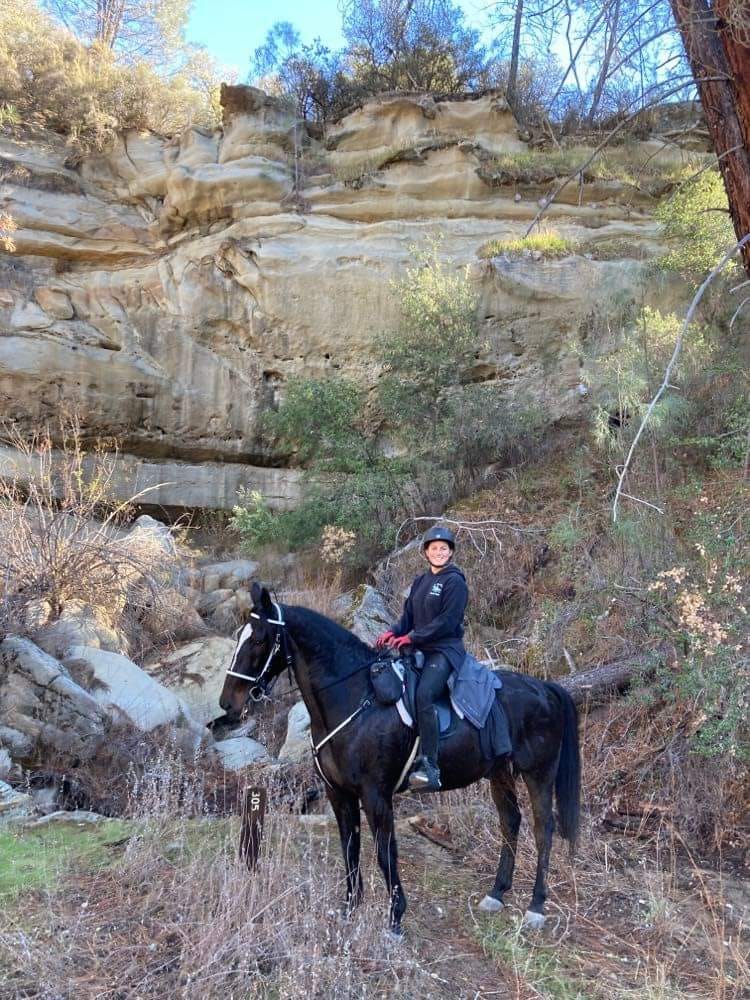 "When you are on a great horse, you have the best seat you will ever have." Winston S. Churchill

This horse, Twister the Standardbred, has not only done everything I have asked him to do, he's done it better than I could have imagined. When we had him in race training and asked him to race, he did it and he took us to the winners circle. When I asked him to outride with me, he did it with no hesitation. From riding through the Canadian Rockies to the beaches of California. When we were asked to do a parade he never batted an eye as he pulled the cart down main street. Like he'd done it a million times. He takes everything in stride and he takes care of me so well - some times it's hard to believe.

Our first endurance ride, the Cayuse ride in California, was no different, with the abundance of mentoring, and overall help we received from Robin Schadt and the support from Quentin to go out and make this happen while he and the crew made sure there were no short comings in the barn - we signed up. A 30 mile ride down in Santa Margarita (about 5 hours from Sacramento) was going to be our first attempt to see if Twister could pull off yet another feat to add to his resume, and to show just how versatile the standardbred horses truly are. The forms were filled out, the entry fees were paid - we were in. Everything that could be done to prep Twister was done, and Friday morning we were loaded and rolling by 830 am.

Twister has never "camped" before, and anyone who knows him knows he enjoys the comforts of his deeply bedded stall and the freedom to move inside, or outside and not having to face any sort of weather. Because of this I worried he may not fair well having to sleep outside, tied to the trailer, with no security of his 4 walls around him. Of course, being who he is he never argued about a thing. He never acted frantic, or nervous in any way, he was quiet and relaxed, he ate and drank every bit as well as he does at home. I thought at one point how silly to ever doubt him in any way about anything. I should know by now, he's able to handle anything that I throw at him. That same afternoon we went over to get our rider packets which consisted of a map, written directions and the vet card and then we had to vet in. Vetting in consists of the vet assessing your horse's overall body condition, soundness, whether they have any abnormalities or sores etc etc. Twister vetted in with A's all across, no wounds or saddle sores and a body condition of 5 which is basically the best you can be rated.

Saturday morning we were up at 5 it was cold. We had to break ice off their water pails and there was a nice layer of frost. We got the horses warmed up, tacked up - packed out water and snacks and mounted up. We were on the trail at exactly 7:02 am. The ride was beautiful, we did a TON of climbing. It seemed like we were either going up, or going down with very few spurts of flat land. The majority of our time was spent trotting and again, Twister handled it like a champ, like this was nothing new, seeing all the horses and going at a quick rate didn't phase him at all. We hit our vet check about 15 miles in. Twister took a little longer to pulse down than his Arabian competition, but we did get there and he was graded all As again for his overall attitude, soundness, recovery etc. There is a 30 minute hold at that check and as soon as our 30 minutes were up he and Katie we're both ready to get back on the trail. Robin and Katie ride with us the whole time, making sure we paced ourselves well and explaining the ins and outs of the vet check. We made it back to camp and to our final vet check at 1208, making our ride time 4 hours 30 minutes for 30 miles in steep terrain. Upon arrival Twister was already pulsed down, and at the final vet check he got a little excited so we had to wait for him to settle a bit which he did. For his final vet check he came through will all A's again. No sores, no saddle rubs, no wounds. He was happy, he was sharp and I felt like I had just won the lottery.

In the world of endurance Twister has a lot going against him. He's big boned, he's heavy built, he's dark. He looks like a horse they'd use to go into battle in the medieval times, nothing like the light, sporty athletic Arabians built to withstand extreme temperatures and rugged terrain with little to no water for long periods of time. We stood out, something like a sore thumb but I asked him to do it, and not only did he do it, he did it with all As on his repots, he did it with 2 hours and 15 minutes to spare, and he acted like it was no big deal. Just another day, another ride at another place. He is a living testament to the willingness and capabilities of our standardbreds. I am so lucky to have him in my life, I am positive we were great friends in a past life, sometimes I am still in disbelief that he is mine. I can't thank Robin enough for all of her help, her mentoring, for driving her rig down, making dinner, the laughs, the memories made I am so beyond happy and grateful we crossed paths and she's become family to me. And of course to the best husband in the world who never argued about a thing and was so incredibly supportive about Twister and I going down for the weekend to try to turn this into reality. To everyone who has followed Twister through his many adventures, who support him and I, we can't thank you enough or ever express how much we appreciate you. Most importantly to the best boy, Twister for always, always, always coming through for me, my heart horse. 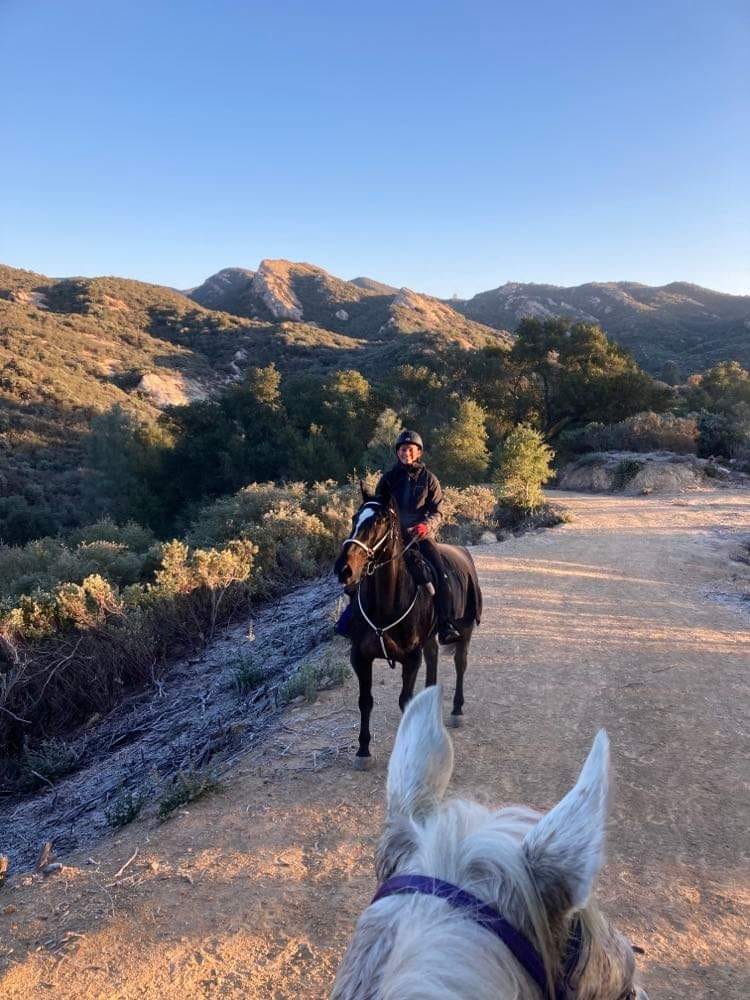 Posted by Endurance.Net at 2:56 PM

Wonderful story, glad to read about your special Standie!