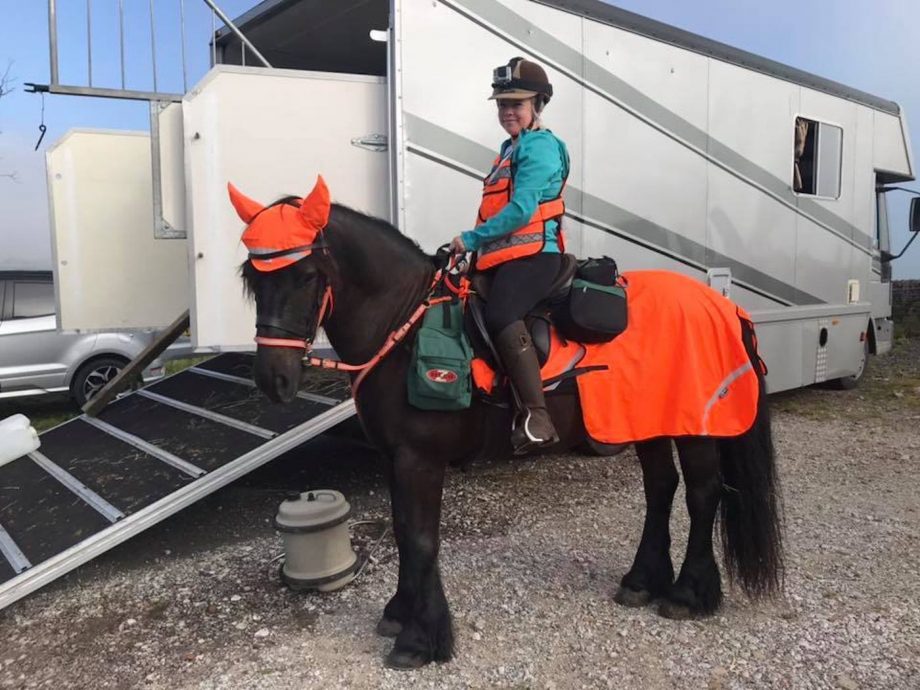 A rider and her Fell pony have raised almost £6,000 for Macmillan Cancer Support after successfully crossing the UK west to east along the challenging Trans Pennine Trail.

Sarah Bartlett and Billy are the first horse and rider combination to have tackled the whole route from Southport to Hornsea — which involved big and busy roads linking up the sections of trail.

The epic trip involved eight days of travelling between 25 and 30 miles a day, which Sarah described as a “hard slog at times”but an “amazing experience”.

“There were the lows, including the horse lorry we were staying in each night breaking down halfway through the trek, but there were many highs and many memories made,” she said.

On the August bank holiday they got caught in the heatwave while crossing the Pennines at Woodhead Stretch and had to steady their pace, which meant longer gaps between the planned water stops.

“We’d done a lot of hill training but it was a hot day and we’d gone up one steep hill and there was no one to be seen anywhere, just sheep and the pennines,” Sarah recalled. “We came across a six-inch deep puddle and he just planted in it and started taking the odd sip — for a horse who doesn’t normally drink much on the road that let me know how hot he was. We had to stop there and rest for about 40 minutes..."

Posted by Endurance.Net at 1:20 PM